What to do when the government doesn't. Part 1

During the dark dying days of the Howard government, when environmental sabotage and climate change denial were official government policy, I started writing a book nominally titled What to do when the government doesn't. It was intended to be a manual for community-based action for a sustainable future that put people in control. A sort of grassroots 'think global, act local' activism manual for the 21st Century.

Then Rudd was elected. Sustainability and climate change were put on the political agenda and I optimistically put the work away. Emissions reduction, renewable energy and targeted programs for household sustainability were flagged and scientific advice was being heeded. No need for communities to take on all the responsibility, right?

Gillard built on Rudd's legacy forging a formal alliance with the Greens and flagging a carbon trading scheme, but the Greens should come with a warning label that reads Does not play well with others. The alliance foundered on the rocks, the carbon trading scheme sunk beneath the waves and the subsequent Abbott government plundered and pillaged every shred of environmental legislation. Turnbull tried to restore some measure of balance but the wind in his sails was just that: wind. In his wake, Morrison, the failed marketing exec, pentecostal devotee and slave to the mining industry took us backwards by about 20 years.

The result: it's time to drag out the work I was doing back in 2006, dust it off and update it for the third decade of the 21st Century. No longer a book, my intention is to publish it here as a series of blog posts. So I now present Part 1:

It's all about the trees 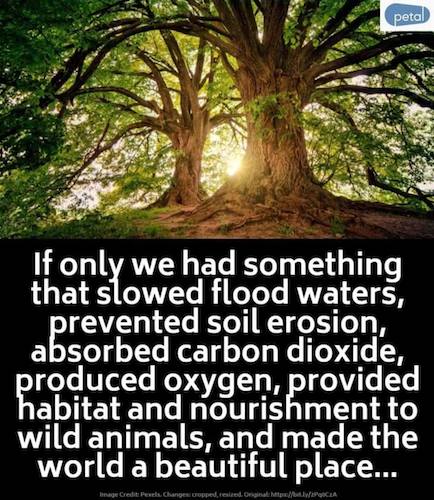 While Australia was distracted over the summer of 2019-20 with the worst bushfire season in history, our government was very busy. Not looking after us, you understand. Not listening to and acting on scientific advice. Not putting in place any policy to address climate change and avert similar disasters in the future. No, out government was busy ripping out trees - or at least, propping up and supporting the logging industry to rip them out.

For several weeks in January, the road between my place and my nearest town was closed due to a bushfire. Closed to all traffic except logging trucks, which, despite bushfire and road closures, trundled to and from the state forests south of me hauling loads of logs. When the Kings Highway, the main route between Canberra and the coast, reopened after four weeks of being closed to everything except fire trucks, the first vehicle up the mountain was a fully laden logging truck. The forests that were not on fire were being logged all summer.

We need trees. Trees bring rain. They absorb carbon and make oxygen. Trees hold the soil together and prevent erosion. In urban areas they mitigate against 'heat islands' by providing shade and expiration. They are habitat for animals and birds and create biodiversity. Trees are one of the most essential resources we have, yet our governments - at all levels - see them only in economic terms. At state and federal levels, they can be cut down and sold. At the local level, governments allow developers to remove them to make way for the vast, ubiquitous housing developments that sprawl ever outwards from our cities. Timber, of course, is a key resource, but there is considerable research by environmental economists to prove that all our timber needs can be met with plantation timber rather than old growth forests. New research also positions hemp as an alternative to timber.

Plant trees. In some parts of the world the value of trees is recognised. In 1977 the late Professor Wangari Mathaai established the Green Belt Movement to plant trees across deforested areas of Africa. To date 51 million trees have been planted. The Indian government last year managed to get an incredible 220 million trees planted in a single day to fight climate change. Yet in Australia, which contains some of the most unique wildlife in the world and could be a biodiversity haven, deforestation is accelerating.

If every Australian planted just 10 trees every year, that would be 250 million trees. Sure, not every Australian is in a position to plant 10 trees a year, but many of us are in positions to plant far more than that. Make a commitment: if you are able to plant a tree, do so. And then plant a couple for people who can't. Plant them on your own land if you have it, or on public land. In autumn, take seeds from existing trees, propagate them over winter, keep them in pots over the next year and then plant the established seedlings the following spring. If you take the seeds from you local area, you'll already know that those kinds of trees are suitable to your local climate and soil conditions. Don't be discouraged, just keep planting. Create green corridors and groves. Plant different species together. Find out what trees are best for the birds, insects and animals in your area and plant those. Get together with friends and neighbours and work out where and when to plant in your district. The more people you can recruit to plant, the more trees we will have. In short: we need trees.

A couple of words of warning: don't remove seeds or seedlings from national parks. It's illegal to do so. Similarly, don't plant in national parks. Don't bother planting trees in areas where councils routinely spray herbicide or slash. Be selective about where you plant trees - the whole idea is for them to grow. 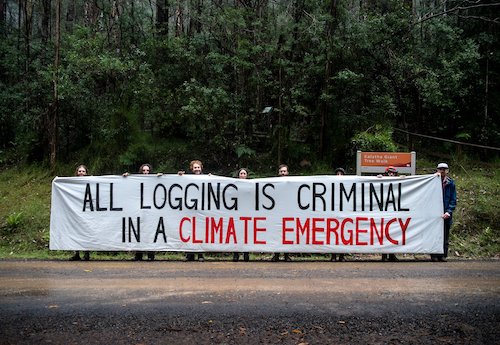 Short-sighted government will only ever see forests in economic terms. Forests don't work like that: they take time to grow and the logging industry and land-clearing are removing them at a much faster rate than that can happen. As land-clearing and logging continue to occur at a greater rate every year, so will our greenhouse emissions increase, leading to more droughts and fires. The economic impact of that will be far, far greater than the impact of losing the forestry industry. But in the meantime, we can take this into our own hands and act where government will not. 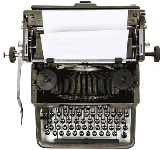